The man who had the misfortune of being Prime Minister during the first years of the depression, from 1930 to 1935, was R.B. Bennett. Bennett was a Conservative and fairly aristocratic in manner and outlook. 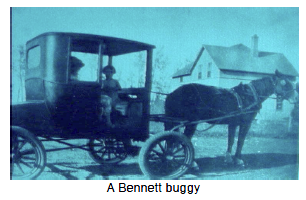 He seemed to have little understanding of what ordinary people were going through as the depression deepened. Because he appeared to be doing nothing to help a growing number of unemployed and destitute people, his name became attached to all kinds of expressions used to describe, with bitter humour, what life was like. Perhaps the most famous was the "Bennett Buggy" - a car pulled by a horse, since there was no money to buy gasoline. Others were:

<< Prev: Intolerance in the 1930s
Next: Unifying Institutions >>
Further Reference