French law at the time of Champlain was a combination of local custom which had evolved from the early tribes of France, and codified codify: arrange (laws, etc.) according to a system. Roman law which was introduced with the extension of the Roman Empire into Gaul (which later became France). 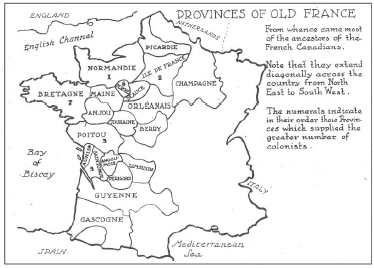 Some laws applied to all the regions of France, but within the code of each region there were local variations. Although many of the settlers in New France were from Normandy, the highly developed Coutume de Paris, or local customs of the region around Paris, was generally used instead. When Louis XIV declared New France an official colony in 1663, it was confirmed that the Coutume de Paris would be the basis of its civil law. French civil law civil law: law that deals with private rights (property and the individual), as opposed to "criminal" law which involves crimes against the community. French civil law is written down, or statute law, as opposed to common law. is written, codified law. This differs from English common law which is based on custom, usage and previous court decisions (precedent).