The seigneurs seigneur: a landowner in New France whose estates were originally granted by the King of France. He also administered justice within his seigneury. and clergy were generally pleased with the constitution constitution: A constitution is the system of fundamental principles according to which a nation, state or group is governed. established by the Quebec Act because it maintained their position in the community. 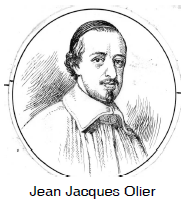 The Roman Catholic clergy was also happy that it still had the right to collect tithes tithe: a portion, usually onetenth, of your yearly produce (from land, animals or work) given to support the church and clergy. and its leading citizens could sit on governing bodies. 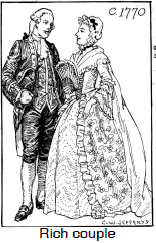 The British had an underlying agenda, however, and hoped to undermine the church eventually by such things as refusing appeals to the pope, confiscating Jesuit holdings and introducing a Protestant tithe.