In Great Britain, laws were not codified into a fixed system. 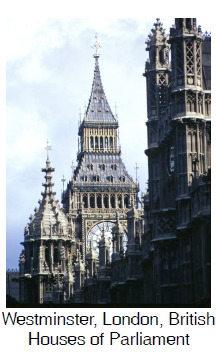 In the years following the Norman conquest of 1066, laws evolved according to custom, usage and the precedent precedent: in law, a previous case that serves as an example or guide for a later, similar, case. of previous court decisions. This unwritten legal system is known as common law common law: law based on custom and usage and confirmed by previous decisions of judges (precedent). It is not codified or written down..

The principle behind this system is the idea that similar cases should not be treated differently at different times. If no precedent can be found for a case, then the judge and the courts make a decision which then sets a new precedent.

English Common Law was exported to Britain's colonies and is still used in most Commonwealth countries today.