After the creation of Manitoba as a province in 1870 there was a steady flow of immigration from Ontario. By 1890, the English population of the province had increased ten times. While Quebec was encouraged to send immigrants to the west as well, few went. 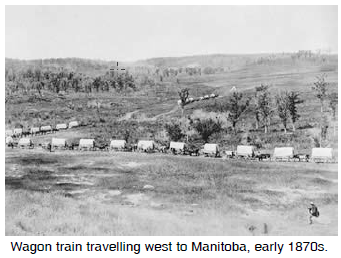 At the same time, the Métis, who made up most of the French-speaking population of Manitoba, were gradually migrating farther west to territories that would later become Saskatchewan. Some had been cheated of their lands, but mostly they migrated to follow the rapidly diminishing buffalo herds.

The result was that by 1890 there was a large English majority population in a province that had been fairly equally divided between English and French only 20 years before. This had repercussions for the French language in schools.