Organizing a national response to the war had many centralizing effects on the government of Canada. 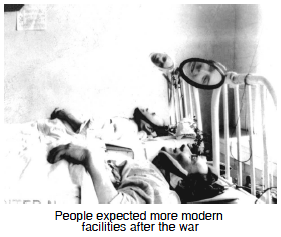 The BNA Act had given many areas of responsibility to the provinces, but the federal: having to do with the central, national government. federal government had all the leftover powers under a general category loosely defined as necessary for "peace, order and good government." This could cover a lot of territory, especially during wartime.

The federal government had to assume wider powers, because there were new needs arising which small provincial governments couldn't meet. 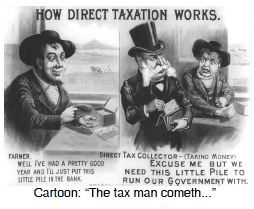 Pensions were provided for wounded soldiers and widows. Those who returned had to be helped back into civilian life. The Soldier Settlement Scheme provided some veterans with land and the Dominion Employment Services helped others find jobs.

During the war, Ottawa's civil servants, faced with planning and executing more ambitious programmes, became better trained at administration. And politicians took over some areas that had previously been under private agencies.

Canada came out of the war with a large national debt. We had to borrow $2500 million to finance the war and between 1917 and 1922 we added another $700 million to that debt in order to take over some failing private railway lines and create the Canadian National Railway. It's no wonder that "temporary" income tax became a permanent feature.