1970 - In October, separatist terrorists in Quebec (members of the Front de libération du Québec, the FLQ) kidnapped the British trade commissioner, James Cross, and the provincial labour minister Pierre Laporte. Laporte was later found murdered. Quebec premier Robert Bourassa seemed to hesitate in dealing with the terrorists, influenced by Quebec nationalists who wanted to negotiate with them. Prime Minister Pierre Trudeau responded by invoking the War Measures Act, the first and only time this act has been used in peace time. Under the powers given to the federal government by the act, Trudeau brought troops into Quebec and arrested many people suspected of having connections with the terrorists. Although some people have said that the federal government over-reacted, others were glad of strong action during what were very frightening times. This period has been called the October Crisis. 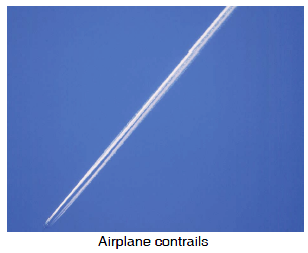 1976 - Air traffic controllers and pilots went out on strike protesting increased use of French in Quebec airports.

1979 - Two Canadian journalists, Chris Haney and Scott Abbott, conceived the idea for the board game Trivial Pursuit. It went on to become a tremendous bestseller world-wide. It was followed by other Canadian classics like Balderdash, Scruples and Pictionary.

1980 - Quebec voted in favour of Canada in a referendum. René Lévesque's Parti Québécois had campaigned for sovereignty association - a form of Quebec independence with limited ties to Canada. His party lost by a vote of 60/40. In a speech to supporters he said, "Until next time ..." This was used as a rallying call to separatists during the next referendum: when a matter is submitted to a direct vote of the citizens for approval or rejection.referendum in October 1995. The results were much closer, but the "No" vote against separation was still the majority outcome.

1981 - This was the first use of the Canadarm on a space shuttle. Developed by the National Research Council of Canada, the 15-metre arm is used to grab and manipulate satellites and perform other functions in outer space.

1986 - A nuclear accident at Chernobyl, in the former Soviet Union, contaminated air and soil around the world.