Some British merchants were angry that the Quebec Act didn't give them an elected Assembly as the Thirteen Colonies had. 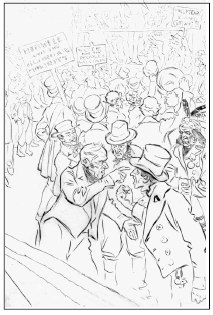 They wanted Roman Catholics to be banned from office and a Protestant Assembly created that would give them most of the power.

The merchants were pleased, however, with the extended boundary of the colony which assisted its main economic activity, the fur trade.

<< Prev: Terms of the Quebec Act
Next: Reaction of Seigneurs and Clergy >>
Further Reference