After the war there were new demands for educational facilities, highways, housing and public utilities like hydro. 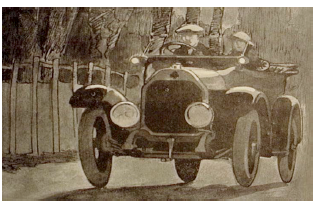 Between 1920 and 1930 the number of motorized vehicles on Canadian roads tripled from 400,000 to 1.2 million. At first, most of our cars were manufactured and sold by many small Canadian companies. During the 20s, however, most of these companies sold out to the larger, more automated American car manufacturers.

Although new taxes were introduced - on gas, liquor, and cars - the poorer provinces couldn't afford to provide the new services that people wanted and they were willing to give up some of their powers in return for federal subsidy: a grant or contribution of money, especially one made by a government.subsidies. What good was power without the money to exercise it, they thought. Stronger provinces, like Ontario and Quebec, didn't have as much need of federal money and were less happy about Ottawa's new central powers.