John George Lampton, known as Lord Durham, was sent to British North America in 1838 to assess the reasons for the Rebellions of 1837. 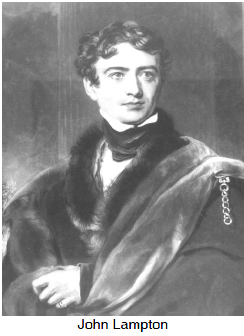 He spent five months in the country and produced the Durham Report which was used to draft the Act of Union of 1840.

Lord Durham was also known as "Radical Jack" because of his liberal politics. He died five days after the Act of Union became law in July 1840.