1878 - John A. Macdonald defeated Alexander Mackenzie's Liberals by campaigning on the platform of protection for Canadian industry. Canada was in a recession and manufactured goods from Britain and the U.S. were flooding into Canada. 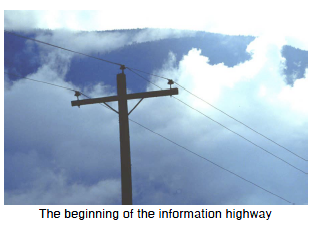 Prime Minister Mackenzie would not impose tariffs: duties paid on goods being imported into or exported from a country.tariffs to protect Canadian manufacturers. His approach was to try and negotiate a reciprocity: a mutual exchange, especially an exchange of special privileges in regard to trade between two countries.reciprocity, or free trade: trade across borders without tariffs or restrictions.free trade agreement with the United States (which he failed to do). Macdonald promised to increase tariffs on imported manufactured products and reduce tariffs on imported raw materials which Canadian manufacturers used. Other parts of Macdonald's recipe for improving the country's economy included construction of the transcontinental railway and settlement of the west. This was Macdonald's National Policy and it was a cornerstone of Conservative policy making for many years.

1879 - Canadian scientist Sir Sandford Fleming introduced the idea of an international system of time. His system divided the world into 24 equal time zones, establishing a standard time for each zone. That way someone in Edmonton would know what time of day it was in Quebec City or London, England. In a world of international communications and cross-country rail travel this was becoming more and more important. On January 1, 1885 Greenwich Mean Time was designated as the starting meridian for the world's time zones and over the next few years countries around the world adopted the system.

1879 - Parliament passed a bill "to make the first day of July a Public Holiday by the name of Dominion Day." In 1982 the name was changed to Canada Day (through a private member's bill passed in the summer time without a legal quorum in the House of Commons). Supposedly this would be less "English," but as Globe & Mail columnist Michael Valpy has pointed out, the roots of the name have nothing to do with England. In his campaign to bring back the historically meaningful name Dominion Day, he explained its background in a column printed June 4, 1996:

"The country had been born in 1867 as the Dominion of Canada. Sir Leonard Tilley, the leading New Brunswick Father of Confederation, found the name - and Canada's heraldic motto - in his Bible, the eighth verse of the 72nd Psalm: "He shall have dominion from sea to sea (A Mari usque ad Mare), and from the rivers unto the ends of the Earth." The nation's fundamental law, the Constitution Act, 1867, to this moment declares the country to be "One Dominion under the name of Canada." It is not a colonial hangover; it is a Canadian political word for a Canadian invention of government."

1883 - J.J. Wright built the first electric railway system using an overhead power system to run the cars. It was first demonstrated at the Canadian National Exhibition in 1883. Streetcars are still used in Toronto.