Feudalismfeudalism: a social, economic and political system whereby vassals (or serfs) owed military and other services to their lords in return for use of his land and protection. was a system of political and social organization prevalent in western Europe during the Middle Ages (roughly 500 - 1450 AD). 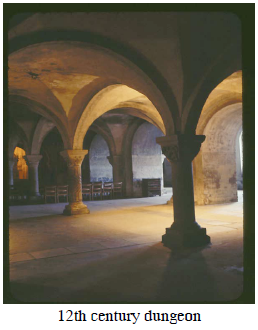 It was based on the relationship between a lord, who provided land and protection, and a vassal or serfserf: a peasant bound to a particular piece of land, owing service to the lord who owned that land. He could not leave but could be sold with the land., who pledged military and other sevices to his lord. The serf was tied to the same lord or piece of land for life.

The seigneurial system in New France was based on feudalism and similar to it, but the habitant had slightly more freedom than the serf because he was not tied to one landlord for life.