1867: The Blue Danube by composer Johann Strauss was the top musical hit of the year.

1867: Alexander Muir wrote The Maple Leaf Forever as a patriotic song for

the newly confederated country of Canada. It served as Canada's de facto national anthem until O Canada was composed in 1880 and became the official anthem. Muir was an amateur musician. He made his living as a school teacher and later as a principal, teaching at schools in Toronto, Newmarket and Beaverton, Ontario.

1869: The Canadian Illustrated News was the first periodical in the world to use half-tone photographs instead of artists' engravings. Georges-Édouard Desbarats, publisher, developed the process with engraver William Leggo. 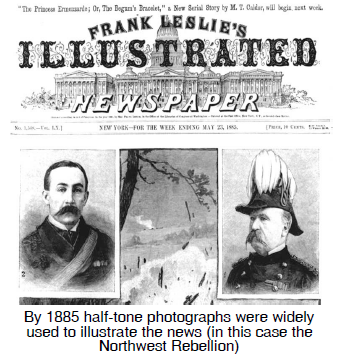